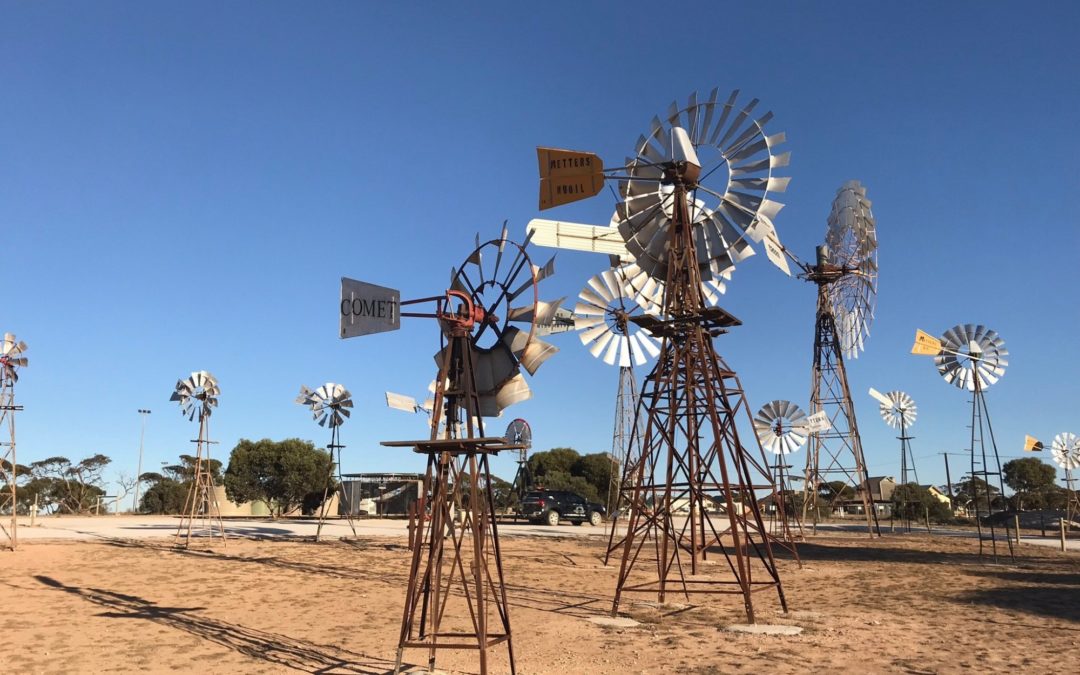 We woke early and drove to Penong for sunrise. Penong is 70km west of Ceduna and has Australias largest windmill museum. We thought it was worth the detour. Penong is the last town before hitting the Nullarbor Plain. The windmills made for some great photos and the decision to detour here turned out a good one.
On the drive back to Ceduna the wind picked up severely. We had left the van back at Ceduna, and were certainly glad we did. The wind made it difficult to steady the car, let alone towing a caravan! The vision ahead was minimal as the dust flew around in front. We arrived back in Ceduna and hooked up the van to head south to Streaky Bay. While hooking up a fellow camper took pleasure in telling us the roads were closed both north and southbound due to the dust storm. Admittedly, vision was limited, but we doubted the roads would be closed completely. A quick phone call to Ceduna police to validate road conditions confirmed that the fellow camper was misinformed and shouldn’t be spreading such stories. The policeman said “it takes a lot more than dust to close a major highway!” We drove south to Streaky Bay and the dust settled.
Given the difficulty to find a site in the area yesterday we pre booked a site for tonight at Streaky Bay Island Caravan Park. Streaky Bay had a waterfront site waiting for us. The location is perfect.
This afternoon we drove out to view a sea lion colony. A decent 50km drive (mostly dirt) but we were rewarded with a viewing platform above a very actively breeding colony. There were probably 50 or so seals slumped on the rocks. They looked like they were sleeping off a massive feed. So beautiful to see in the wild.
On our return trip to Streaky Bay we took a side road and ended up on a pristine beach. White sand below the cliffs of the coast and a very inviting swimming area. It didn’t take much to convince us to get in the water. The southern ocean is cold! But, it was another 35 degree day, so it was incredibly refreshing. A very memorable experience.
Sunset tonight from our Caravan park was amazing, dinner consisted of local oysters, fresh bread and Barossa Valley Pate.
A day that exceeded expectations. 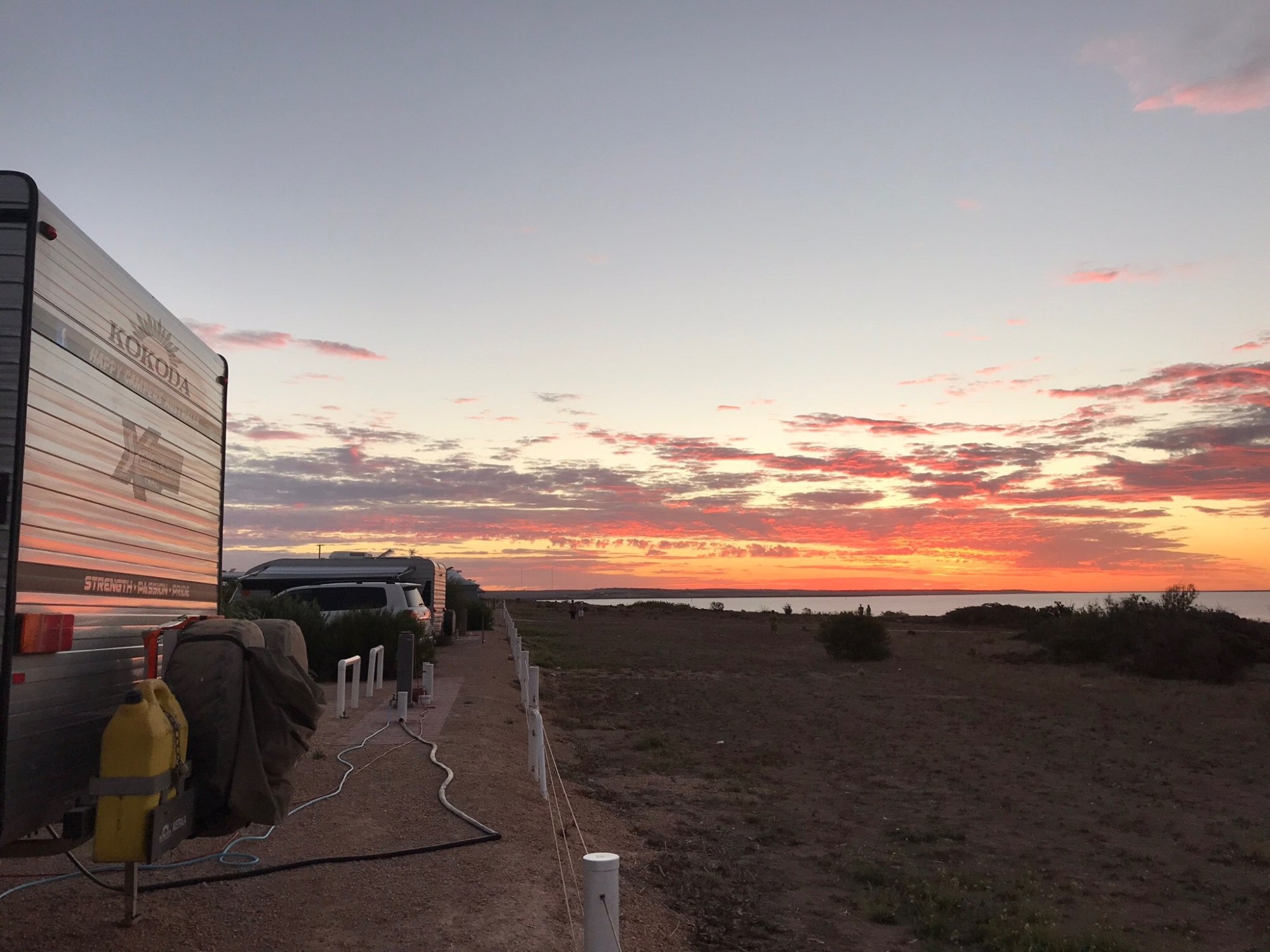